Today I received my SD card to install android on it for my vero2 device.
When I looked at the download page where I was assuming that I could find the download of the advised version of android over there. But I don’t see it.

It’s called Android on the Downloads page, but shows up under the normal list of images, so it’s easy to miss.

Thanks guys! Found it!

Now I’ve downloaded it, but i don’t know how to treat a img.gz file… Stuck again…

Edit: The only thing I can find on the wiki is this:
"You can image this to an SD card manually or via the OSMC installer. "

To me it’s a bit like cryptography, I don’t know what to do with this info… Anybody?

So either you download the OSMC installer for your PC platform and when you start it you can point it to use the image you downloaded.

I didn’t realize that I had to install the installer… seemed a bit weird to me…
Anyway, I’ve installed the installer, and followed the menu to install android on my sd card. It has been downloaded again, and started to extract. But while extracting (1st time at 10 Mb en 2nd time at 11 Mb) the installer stops responding.

Can you tell me a bit more about “dd”?

You don’t need to install the OSMC installer. It runs in situ.

Easiest way on Vero 2 would be to do:

with the card inserted

How do I get in to the terminal command mode on my vero2?

Note: The OSMC installer broke my lubuntu installation, so I can only continue this if I can do it from my vero2 itself until I found a way to fix my lubuntu laptop. (all my important information is in there, so a simple re-install won’t work).

I can’t login anymore. I get sent back to the login screen every time instead of being sent to my desktop. See the full story over here:

You seem to be out of disk space?
Boot an emergency shell via GRUB and free some space.

It seems you can get to the command line, from what you posted on the Ubuntu forum, so what’s the problem with freeing up some space? What does df show, for example?

@sam_nazarko how do I do that? (I’m really a linux noob, I’m happy when it works, and lost when it doesn’t. At the same time, all my devices run on it)
@dillthedog The outcome of df is: 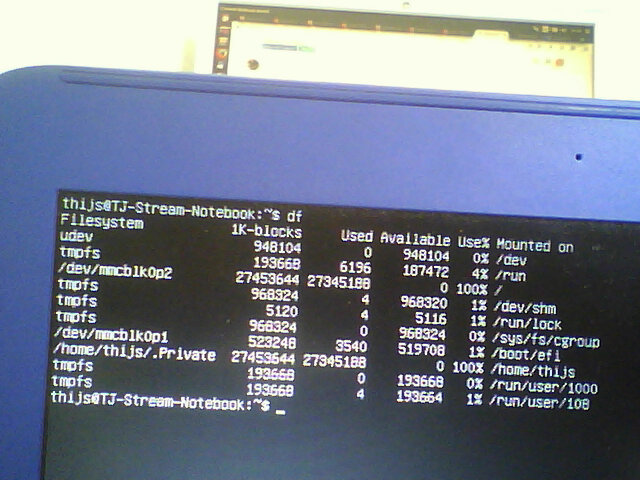 Run sudo du -s /* which will give us an idea if anything is seriously full.

Also try dpkg -l | grep linux-image since old images can take up a bit of space. 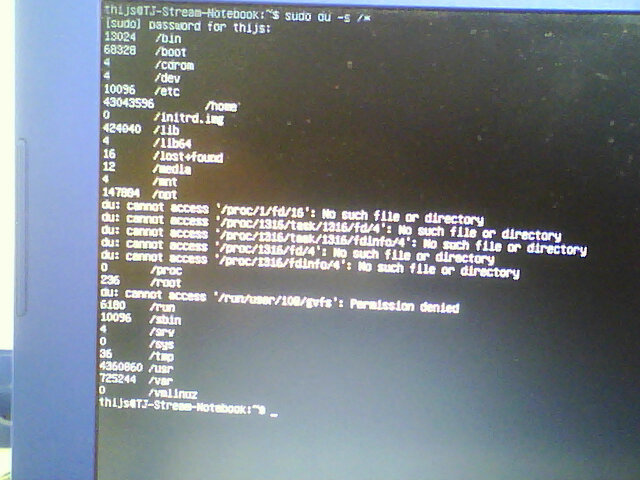 And the outcome of dpkg -l | grep linux-image is split up in two pictures, because I couldn’t get it clear in 1 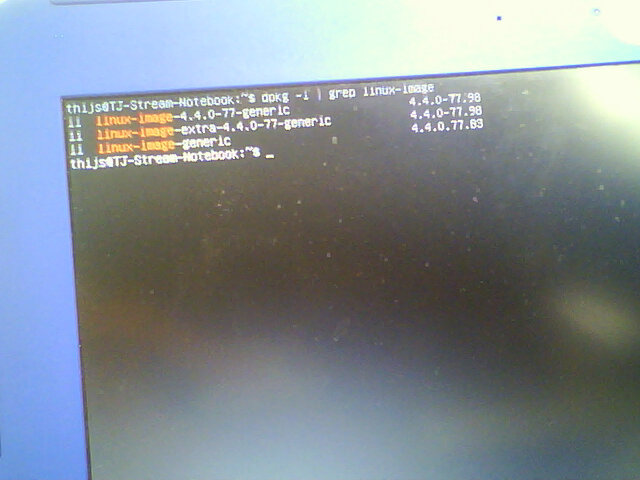 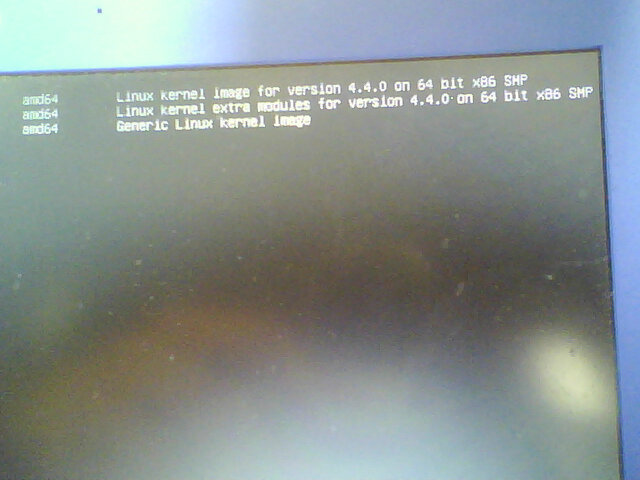 /home is the big boy. We should be able to fix this without breaking anything.

I assume you’re the only user on the laptop, so run:

If you want to drill down further, be my guest!

aahh, I can make some soup of this outcome

I see some personal files and folders with a number in front of it. I asume those numbers are the size, and the higher the number, the bigger it is. Am I right?

If I’m right, I see indeed some folders and files that may be deleted. The Downloads folder and two real big files from osmc_TGT_vero2_android_20160821.img (and .img.gz)

How can I get rid of those? Specialy the android .img and .img.gz since they caused the problem.

P.S.: It is a cheap low spec notebook with a build in sd card of 30 gigabite

I managed to get in to my vero2, and executed the command that you gave me. Now it’s finished, should I do anything else? Or can I close the window and enjoy android on my vero2? Since I can’t see the option on my device to switch between OSMC and Android.

When I do that I just get on to a new line like nothing happend. It doesn’t say that the command is not correct or anything else, just a new command line

I was to quick! (or the terminal was to quick for me). I pressed something wrong by trying to make a picture for you to show what happened, I got a screen with something else, so I typed clear, pressed enter and reproduced the commands that you gave me to be in the same screen I was before. And those two files are deleted!

Tried to reboot, and it works!!!