Anyone have any issues with hdr "dimming"?

Lately I’ve noticed that on 4k hdr files (which look great now), after a while in playback they “go dim”. It can be instantly fixed by bringing up the menu, sometimes it takes a while to notice though because it’s not unwatchablely dim. Wondering if I’m alone, I did notice “adjust refresh rate” was set to “start/stop”, I’ve set that to always see see if it helps.

Edit: Unfortunately I’m not sure if this is new behavior as of Oct.

We haven’t had any reports of this yet. Does pressing Pause and Play make any change?

Usually I press the menu key, I think, the one with 3 lines? It brings up the UI and the playback almost instantly brightens. I’ll try to narrow down the behavior a bit more and do logs if necessary.

I’ve seen something similar; specifically with long, dark scenes. I think my TV (LG C7) power saving dimmer kicks in, maybe because it can’t tell anything is actually moving on screen.

It’s happened once since the Oct update and at least once before.

I’ve seen something similar; specifically with long, dark scenes. I think my TV (LG C7) power saving dimmer kicks in, maybe because it can’t tell anything is actually moving on screen.

It’s happened once since the Oct update and at least once before.

Yeah if it’s the auto-dimming feature of the C7 OLED etc, it won’t be anything to do with a Vero update.

Just to confirm, all energy saving features on my C7 switched off.

Does switching source and switching back help? If so, then it’s the TV – as the Vero won’t modify the signal on this change.

Lately I’ve noticed that on 4k hdr files (which look great now), after a while in playback they “go dim”. It can be instantly fixed by bringing up the menu, sometimes it takes a while to notice though because it’s not unwatchablely dim.

As already stated, that will be the LG OLED’s, burn in prevention features kicking in.
Sony OLED are similar, they use an Automatic Brightness Limiter. (ABL)

Have a read of the following:
https://www.lg.com/us/experience-tvs/oled-tv/reliability

It’s not the TV. When pressing the menu key, the menu stays the same brightness, only the video behind it changes.

My LG C8 also has dimming issues as reported in HDTVTest. It seems that things are a bit better with the latest firmware release and according to HDTVTest LG is still working on a definitive solution.

I have the same issue, but I thought it was related to the latest firmware update: LG OLED TV Owners Driven To Distraction By Latest Firmware Update

I stand corrected, apologies. I hadn’t updated my TV, looks like i’ll avoid doing it!

Please note that I couldn’t download the latest firmware directly from the TV (reported as not available). If you can’t wait you’ll have to follow the manual flash procedure and download the firmware yourself.

I have the European model and in the end I located the latest release on the LG site for Morocco: https://www.lg.com/ma . As always, manually flashing the wrong firmware can brick/damage your TV so it’s best to wait for the autoupdater if you’re not comfortable doing this.

Yeah, i’m not going to even look for an update till they fix this issue.

No, this has nothing to do with the 2018-model dimming issues, they have some sort of delay for luminance when doing the tone mapping. What you have is sort of a broken implementation of the auto-dimming feature in the 2017 models. It has nothing to do with the Vero and can also be seen on Netflix etc. (it’s especially noticable on HDR content).
Basically, the auto-dimming is supposed to dim the screen when you have static content. The way the feature is implemented though is that it doesn’t actually check if the image is static but if a certain contrast threshold value over the entire frame has not changed in a while. So if you watch very dark scenes that go on for several minutes, the TV will think “it’s a static image, better turn auto-dimming on”.

The only way to disable this auto-dimming is through the service menu, I did and it fixed this issue for me with no other problems. You can access the service-menu with a Logitech Harmony remote or an IR-blaster app for your phone. It’s the “In-Start” service menu (code is 0413), go to menu 13, turn “TPC” off, and then just exit the menu.

LG recently released a pretty lengthy statement regarding the dimming issues. Sharing for those who may be interested. Some pretty interesting comments about technicolor Expert Mode too. 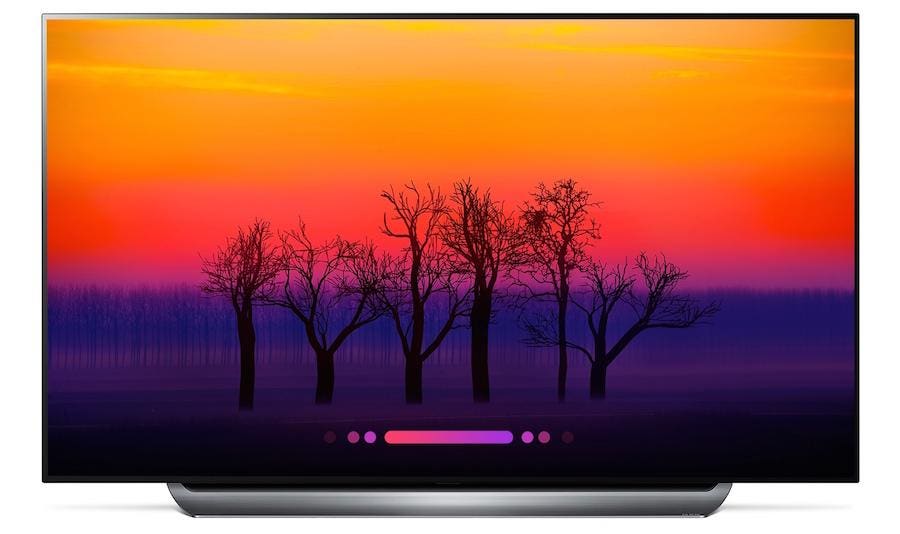 That’s still not the issue that is being discussed here. People with 2017 LG OLEDs can safely update their firmware.

Two other users in this thread own 2018 LG OLEDs, excluding myself. I thought that the article might be worth adding to the thread in case it interested others.

Thanks, do you know if theres any plans to fix this?