I seem to have a problem since the August update that is causing some menu options to not show after a reboot. Some of the main menu options are blank and if I go in to the Skin Settings menu the menu options don’t show either. Also, the font option shows as blank. If I change the current skin or font option everything starts working and then I can change the skin / font back and everything is fine.

I’ve tried it with Confluence, FTV, Metropolis and Mimic

Transparency! and OSMC both seem to be fine though. I’ve also double checked my Windows Kodi install with the same skins and add-ons and they’re fine.

Just wondering if there’s anything obvious I can check? If not I’ll grab a log file. 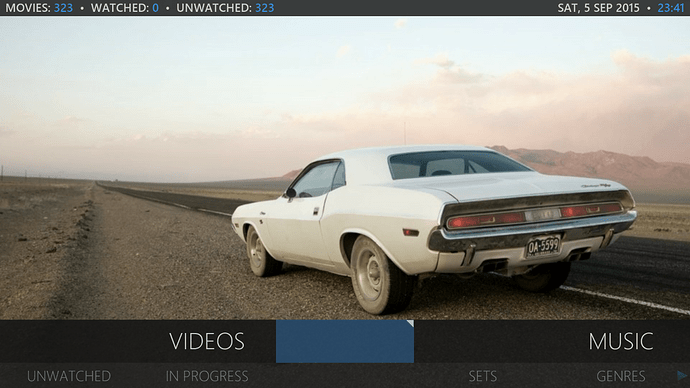 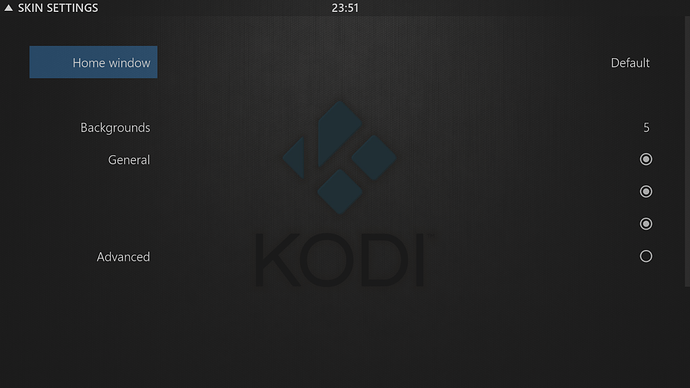 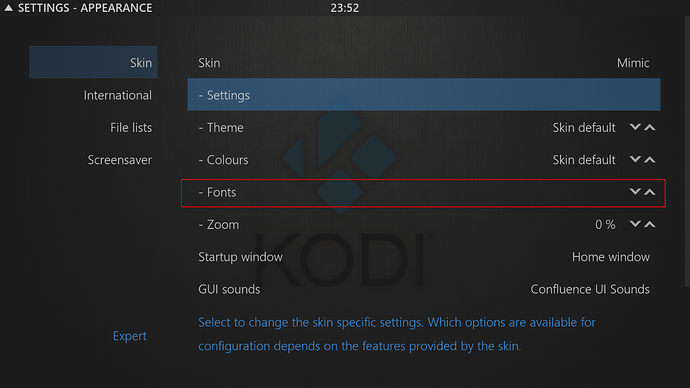 Skin may not be Isengard compatible

That’s the only thing I could think of but my usual skin (Mimic) is listed as Mimic 2 for Isengrad. Also, it works fine with Isengrad on my PC and Android tablet.

This was beginning to annoy me so I’ve spent some time reinstalling to try and get to the route of the problem. I tried a fresh install and then reinstalled each of my add-ons and mods one by one rebooting after each. I got right to the end without a problem, rebooted and had the problem. So I tried another fresh install and I think I’ve finally figured out how to stop it happening but not what the cause is. I have two profiles on the Pi. If the login screen is enabled the menu items and menu text are missing after a reboot and login. If the login screen is disabled then they appear as they should. I’ve tried this with a backup from before I wiped and exactly the same happens.

I think it must be something with OSMC though as I have a Nexus 7 with exactly the same addons and a login screen with two profiles and it works perfectly.