I thought I’d like to celebrate the release of KODI 17 Krypton with the build of a new lasercut and engraved case.

Have you built your own enclosures for OSMC devices? Please share your ideas!

Here are some photos: 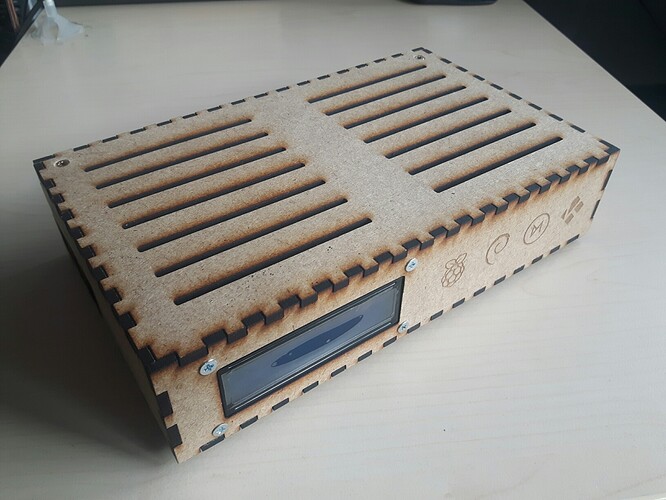 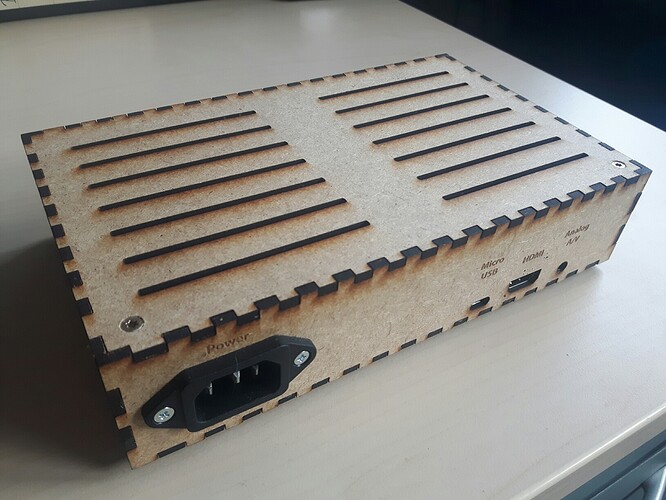 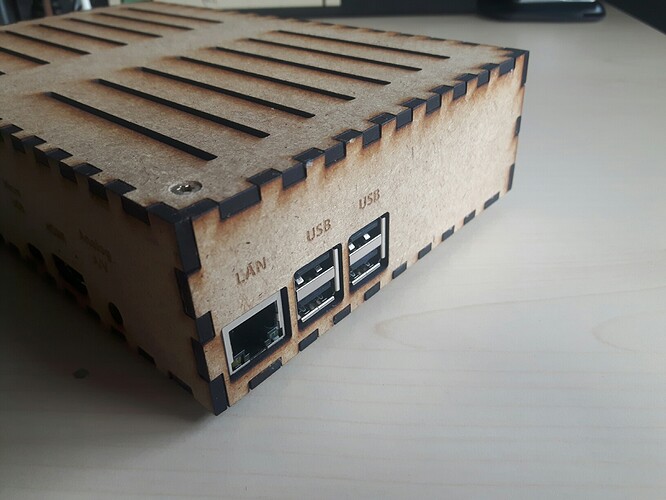 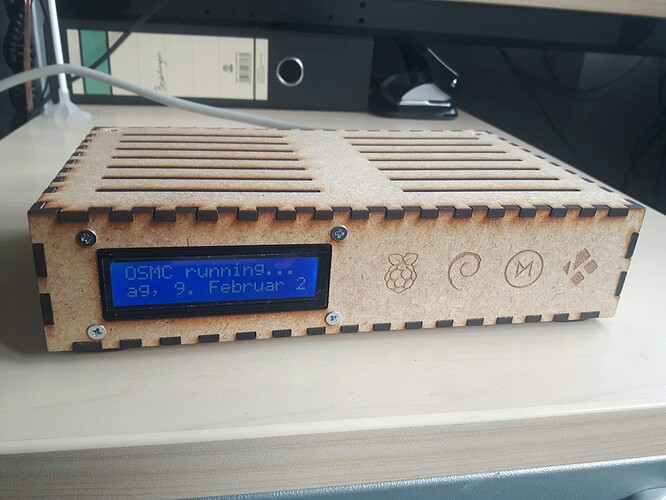 built your own enclosures for OSMC devices?

put it on the OSMC store

I can make some custom ones if somebody is interested.
Will not be cheap though.
Especially with the hardware included.

Can we see pics of the inside with components?

Sure, here you go: 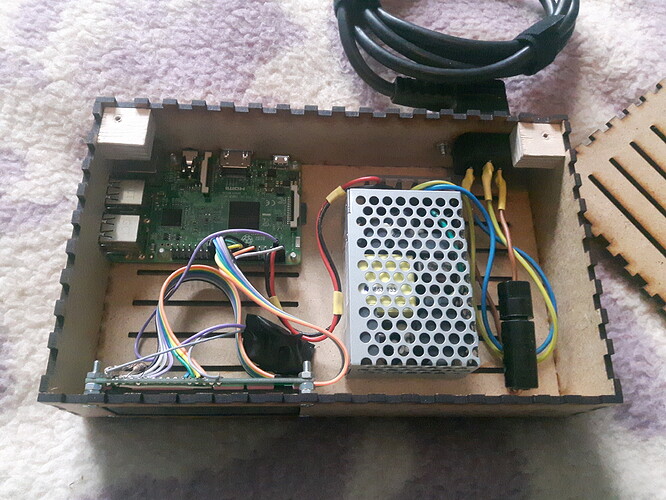 Yes. Completely fanless.
I made a lot of big ventilation slits in the bottom and top of the case.

Even when playing emulators the pi doesn’t really get hot (70°C was the max temperature I measured) and the psu doesn’t even get warm.

Edit: Also made a little transistor circuit to dim the backlight of the lcd when the kodi screensaver kicks in.

Just wanted to confirm that it was silent!

As silent as can be. I don’t like noisy fans either.
They just tend to pull dust in.

Mounting a heatsink to the pi would be an option, but as said, no real problem with heat right now.

Also made a slightly bigger case before for a friend that is also housing his 2.5" HDD enclosure.
Routed two usbports to the inside and two to the front for that one, but didn’t want to do it here as I need to modify the Pi for that.

But powering the Pi via GPIO reduces the available power to 500maH, or?

No. Why should it?
The 5V rail should be connected all around the pi.
Even the microusb should be directly connected to the GPIO 5V pins.

No. Why should it?

Not sure, must have read somewhere that it is limited to 500mA. But might have mixed up topics.

This would make a solid How-To. 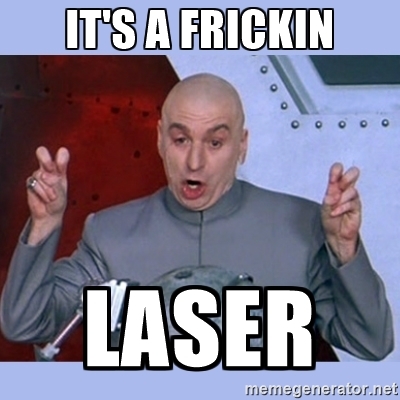 Probably about $100 for all parts.