I’ve been getting this quite a bit lately: 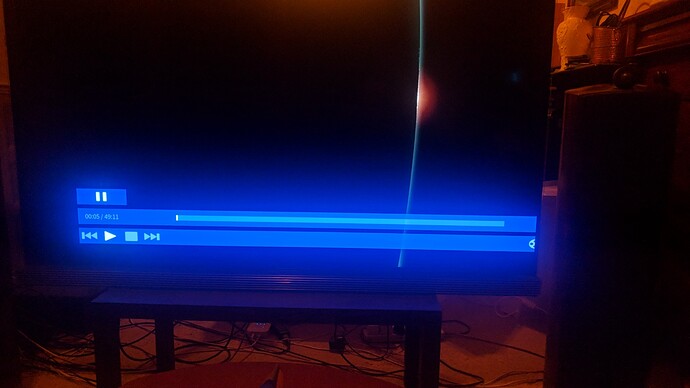 OSD disappearing off the right-hand edge of the screen. (You can just see the edge of the Video Settings icon).

Haven’t managed to capture logs yet, as rebooting seems to fix the issue. If it pops up again I’ll grab some logs without rebooting.

But just wondered if this was a known issue.

Does this happen after playing a 4:3 576p/480p video? I’m not sure what the issue is as I haven’t experienced it, but this would be one guess…

I can reproduce this readily with broadcast TV. I thought it was an issue with kernel 4.9 but it’s happening with 3.14 as well. Not related to 4:3 material afaict.

Strangely, with 4.9 the progress bar is OK. Only the menu bar goes off-screen.

Does this happen with another skin?

This happened to me twice while playing an old Dukes of Hazzard episode from a DVD rip.
I also noticed that the OSD looked as if it was in 480p mode (kind of blurry) but when I checked my TV it was getting a 1080p signal from the Vero.
I cleared out all the resolutions I had in my whitelist and it still did it.
I did a reboot and then I couldn’t duplicate it again.
It’s like the Vero wanted to output it as 480p but internally rendered it as 480p but output it as 1080p if that makes any sense.
If I see it again I’ll try to pull logs.

Does this happen with another skin?

Estuary uses a different approach to adjusting to aspect ratio changes - if this is the root cause at all. It certainly looks like some parts of the skin are somehow switching to 21:9 mode and are therefore off-screen.

I’ll have to wait for more information as to how I can reproduce this. Personally, I’ve not seen this issue before. My guess was about 4:3 as I’m outputting 4:3 SD content pillarboxed and the issue has not occurred on my daily driver so far.

If that was addressed to me, then no.

I have installed the 3D build and then gone back to the standard one once or twice, if that matters.

Really addressed to @Chillbo, but thanks for the clarification. It’s being worked on.

I had this ages ago with confluence, tried powering down both then it would sometimes be ok and other times, it would creap back.

In end i went into the below and reset to default, then set back the resolution and its never happened since 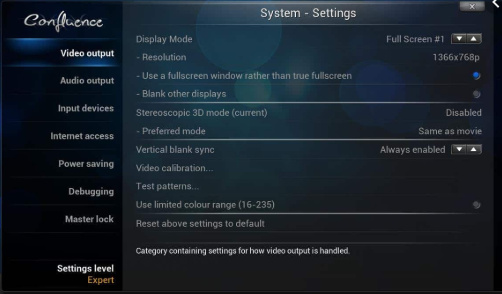 So, you’re saying that the Confluence OSD showed a similar/the same issue on your setup as well - with elements of the OSD off-screen after resolution/framerate switching?

yes, id notice the finish time was half cut off and the time. but when nothing was playing everything was on screen

but once I had done that reset to default and corrected the resolution it fixed it for good, I noticed it came after one of the updates.

I’ve now figured out what the issue is. Other skins like Estuary deal with aspect ratio changes by having controls relative to the screen size. This leads to squeezed or stretched text as well as strange aspect ratios of images: 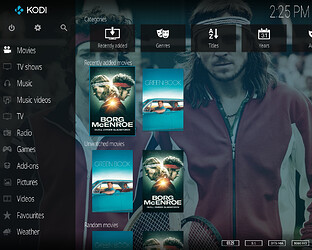 Estuary 4:3 mode when reloading the skin or which a fresh Kodi start: 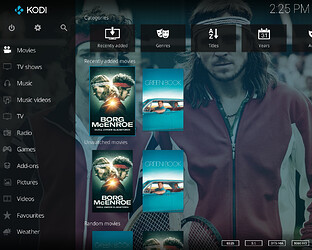 I’ve built our skin to offer truely adjusted 4:3, 16:9 and 21:9 modes. These rely on information provided by Kodi which skin aspect ratio matches the current output aspect ratio (e.g. 16:9 for 1920x1080 pixels) best. This information label has a serious bug atm though. This is the reason why the 16:9 mode of the skin is e.g. still triggered while a 4:3 playback is active.

The solution until Kodi’s info label is fixed will now be to remove the true 4:3 and 21:9 modes (temporarily). This will lead to the skin being squeezed or stretched with other output resolution aspect ratios than 16:9. Text and controls will be queezed or stretched again, but images of all sorts should be scaled properly. This is a compromise to address the even more severe issue of off-screen controls and I hope to be able to bring back proper support for 4:3 and 21:9 aspect ratios soon 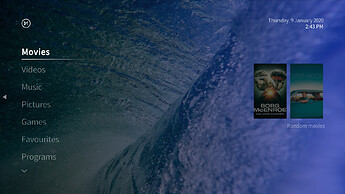 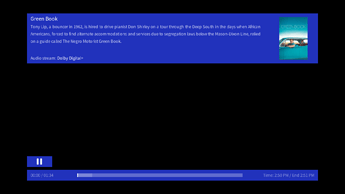 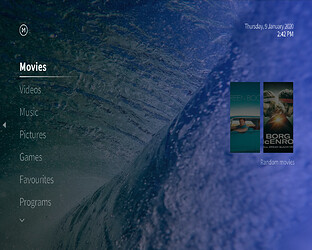 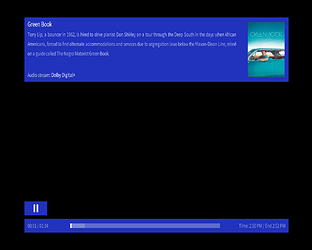 I’m obviously not happy with this, but I hope to be able to offer the best way to make a skin aspect ratio adaptive with the OSMC skin soon again. I’m not sure though how quickly a fix for the Kodi info label will be possible (or at all).
If someone wants the skin to be true 4:3 or 21:9 all the time instead of 16:9, this should be quite easy to do manually, but the skin won’t able to switch automatically for the foreseeable future.

This should now be resolved with today’s skin update: OSMC Skin update - OSMC