The other day i was watching a movie on my tv and when i was done i forgot the take off the # so my 800x480 screen from Adafruit could show the video correctly on that screen. After noticing my mistake i try to correct it but every time i add this 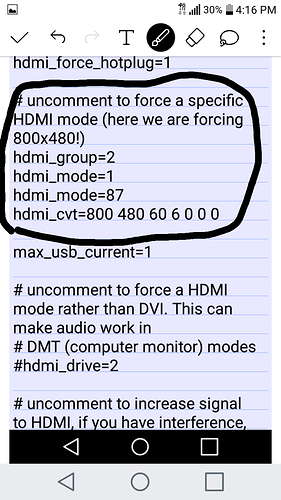 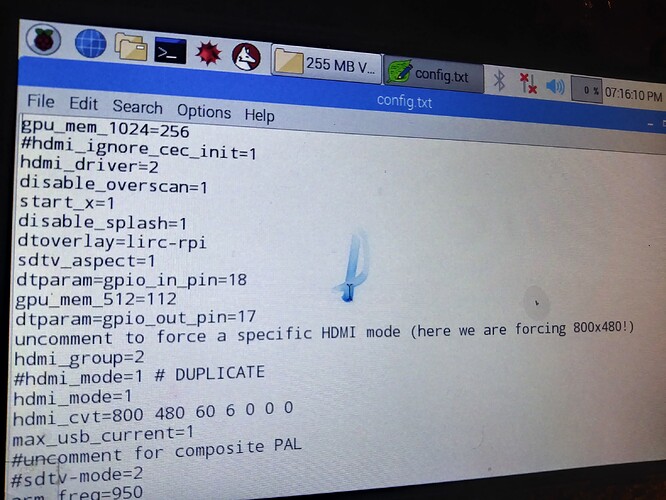 Are using an app on your phone to update config.txt? If so I would contact the developer of that app.

In mean time you can use the piconfig editor in myosmc.

Or edit it via the command line:

nano will probably be the easiest editor to use:

No, i use raspbian on a rpi 3 to edit the config.txt file on rpi b+ osmc, i also try the piconfig in osmc and same result

I would try using nano via command line as advised above.

Correct the file, ctrl-x to save and yes.

Then reboot osmc, then check the config file again.

Ok this is me editing in nano 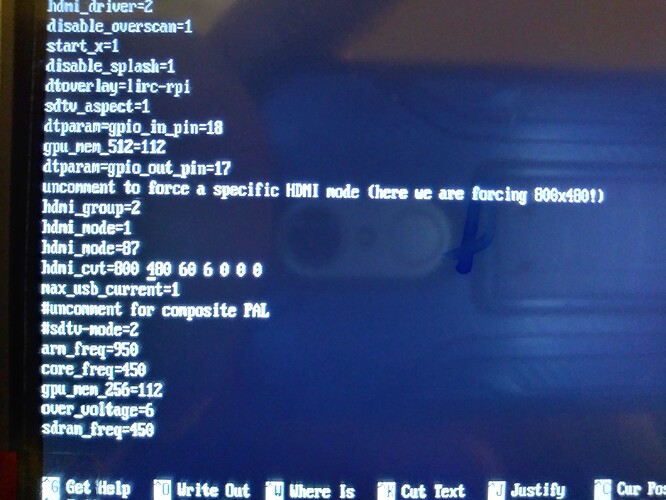 This is after i restarted, turn off, the read sd card on raspbian using sd card reader 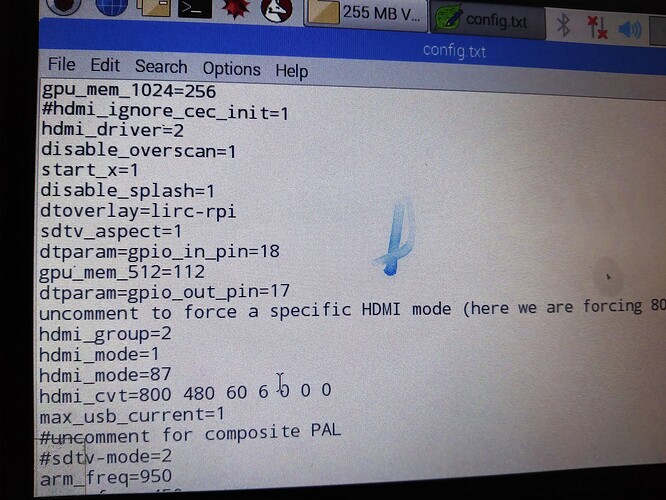 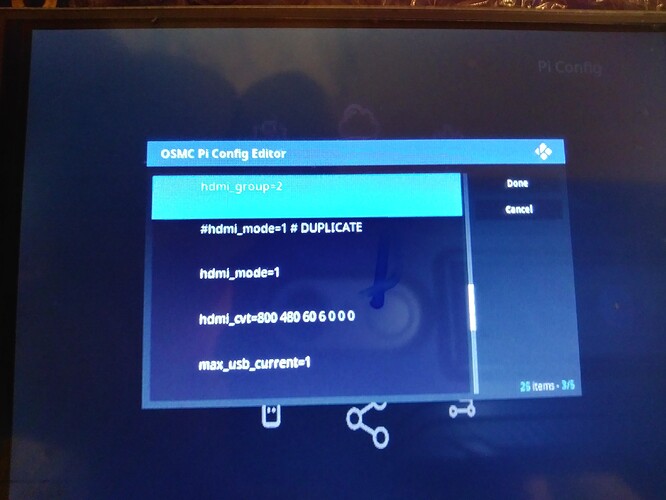 What else could it be?
What if you give me a copy of the full original config.txt before editing could that work?

I had a similar problem with changes made to the system not saving during reboot. Turns out the SD card went bad.

Try copying a file onto your card and see if it is still there after reboot.

Could the boot partition be full and therefor reject changes? Should give off error in saveing in nano tho. Did you try to add a file in /boot or osmc dir?

Joakim_Sandstrom i copied a file directly to the sd card by plugging in the micro sd to my raspbian and selecting a audacity file i had on my desktop. Then put the sd card back in my b+ and boot it, then reboot, shutdown, insert it back into raspbian to check and it was still there with the same 17.9kb it had when i copied it over

The line “uncomment to force a specific HDMI mode…” should begin with a # sign, since it’s just a comment.

dillthedog it doesn’t really matter it works either way, i have it like that on raspbian too and works fine so that’s not the problem.

@Blue4life please walk me through your workflow.

Would you mind to reproduce this and upload your syslog and dmesg after the reboot?
Just run grab-logs -J -K after the RPi is fully booted.

@Alphakilo the workflow is correct, now im about to try the grab-log command 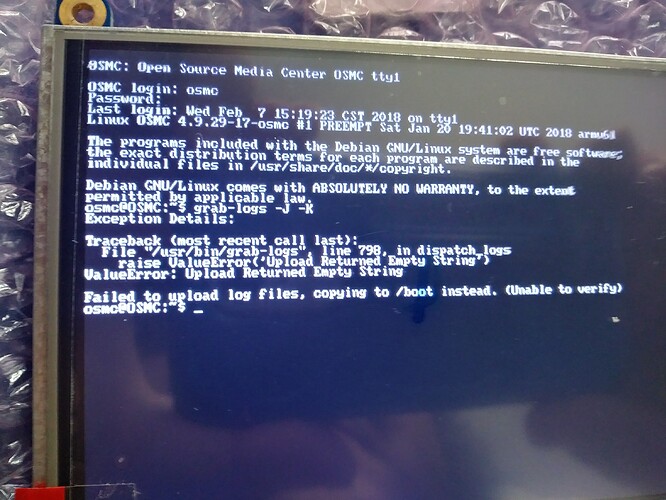 You start your OSMC Pi
you edit the /boot/config.txt

Just because you save it and it looks fine when you then view it, you’re probably getting it from the file cache, and not the saved version from the SD card.

To test this hypothesis:

Edit the file and save, then run:

Ok here’s what I get when I enter the command

Just because you save it and it looks fine when you then view it, you’re probably getting it from the file cache, and not the saved version from the SD card.

My thoughts exactly. I just wanted to get a better feeling if the error lies in the fs or the underlying block device.

And shouldn’t it be sync; echo 3 > /proc/sys/vm/drop_caches?

I’m no expert, but I think you might have to use sudo to get the logs uploaded.

Edit: this is in answer to Osmc config.txt glitch - #14 by Blue4life

So i need internet before running the command?

And shouldn’t it be sync; echo 3 > /proc/sys/vm/drop_caches?