I’ve heard good things about the community and the player. Hoping you can help before I make a purchase decision.

Number 3’s scenario would be if I was playing a 576i or 480i MPEG2 DVD file I’d much prefer the player to output at the original res and let the TV do the rest. The Popcorn Hour VTEN is very good at this. I know you can set to 1080p to avoid upscaling all content to 4k but worried about the quality of SD content.

Try it at this resolution manually for now. Does it actually look better?

How do I set resolution manually to 576?

Ah yes, we removed support for SD modes in Kodi because of some issues.

I will see what can be done; but for now this is lower on the list of priorities.

If so do you have a dummies guide to install Kodi 18?

I don’t know off the top of my head if @gmc has included our patch which removes 480p/576p modes.

Obviously the usual warnings apply, as they are experimental. If you want to downgrade to Kodi v17, you will need to reinstall OSMC.

Thanks for the link

I have done a bit of Linux but how do I enter the commands in the guide?

Once again 10/10 for support well done

Are you referring to this one?
vero3-068-remove-SD-hdmi-modes.patch

It’s included in the nightlies.

@Granada – therefore, a v18 build will not restore these modes.

IIRC, the video modes were removed because they could cause problems with CVBS. I don’t think things will look better output at 480/576 however.

I’ll build you a test version without the patch.

Many thanks you are very kind

Sorry about the delay in posting my thanks, I was blocked from posting for 12h due to too many posts on my first day of forum membership 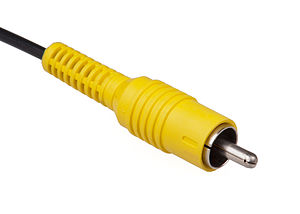 Composite video is an analog video signal format that carries standard-definition video (typically at 480i or 576i resolution) as a single channel. Video information is encoded on one channel, unlike the higher-quality S-video (two channels) and the even higher-quality component video (three or more channels). In all of these video formats, audio is carried on a separate connection. Composite video is also known by the initials CVBS for composite video baseband signal or color, video, blankin...

I guess I put that text into putty

The quality of support here is unbelievable I am very impressed