Rpi2 - it's again a good hardware at today ? Issue after November Update

Yesterday i have update my OSMC setup to the recent “November Update” whit kodi 19.3 new kernel and other fix.

I have reboot my Rpi2… last night I used it as usual and i obtain a lot of trouble.
I can make a general summary:

At this point the question it’s:
It’s Rpi2 it’s a good hardware at today ?
It’s the Rpi2 current build completely tested ?
It’s this weirds trouble just one problem of mine that you can’t reproduce ?

Thats a delayed refresh rate switch that seems to happen with the youtube addon. If you disable adjust refresh rate that should go away.

“adjust frame rate” setting… ok. where is this setting? in the addons settings or in the main settings of kodi ?

About Rpi2 vs Rpi3 here i have found a valid compare: 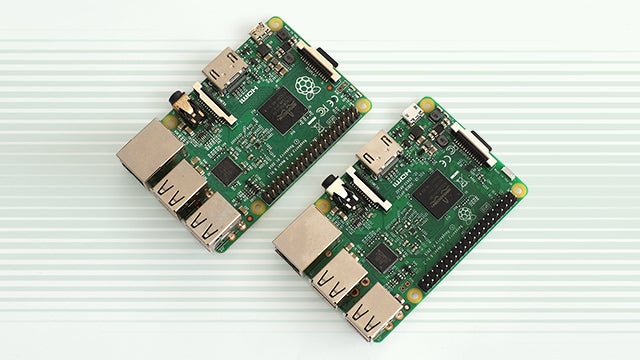 How much better is the brand new Raspberry Pi 3? We put it head to head with its daddy to find out.

“adjust frame rate” setting… ok. where is this setting? in the addons settings or in the main settings of kodi

Hello,
I have also a problem since the update on my pi 2 yesterday.
I used to watch h264 movies without any problem but since the update I can’t watch anything, the sound is good but the video is very very slow like the CPU isn’t able to process it, like 3 or 4 fps.

It would help to provide logs in a separate version as well as information about which version you upgraded from.

The system was updated from the lastest build from August.
I followed the instruction to get logs but it doesn’t work to have an URL from OSMC and I can’t access to the paste.osmc.io to send it, something is wrong with this website.
Another way to send logs ?

Have you checked Settings->Player->Allow hardware acceleration?

Seeing this post explains a lot. My RPI2 was working fine yesterday but I’ve been seeing stuttering issues all day today when watching MKVs. I’ve just found out that someone else in the house updated OSMC yesterday evening.

Yes hardware acceleration was already enabled.
I found the address of the pastebin (the link in the instructions is wrong).
So here the log, I launched 2 videos and it was syncing and buffering several times.
https://paste.osmc.tv/vubacoqiva

I tried a fresh new install on another SD card with the november update to be sure and it does the same thing, so it’s not all the other stuffs I installed that slow down the system.

Same issue here with a rpi3. Only use it for live tv and it’s shuttering a lot.

For those with stuttering issues:

No idea why someone thought it would be a good idea to disable non-HEVC acceleration by default.

Yes thank you, I didn’t notice this option, I disabled it and it works fine again.

Thanks!
So… who had the brilliant idea of enabling this setting by default?

I actually saw that setting yesterday before posting here, but thought this is probably just a bad UI text since this enabled by default wouldn’t make sense right?!

So… who had the brilliant idea of enabling this setting by default?

I actually saw that setting yesterday before posting here, but thought this is probably just a bad UI text since this enabled by default wouldn’t make sense right?!

Thanks for that. All working again now

About some minutes ago from an addons i have found a streaming of a TV Show at 1080p@60Fps.
For this same show i can also choose 720@60Fps and i have saved to my “Favorites” to maded some test.
Because this same shot at 720p it’s will watchable whitout any issue… at 1080p struttering and all it’s become unwatchable.

At this point i have start to check some setting in same section of kodi suggested by @fzinken … here:
Settings>Player>Videos>

Here i have try to change… from “Direct to Plan” to “EGL”… no works. OSMC made in crash immediatelly when i try to start to watch any video (also from another addons).
At reboot i have re-set this setting to “Direct To Plan”.

After that i have try to look the description how all other setting… and i have try to enable and disable the Hardware accellation but apparently nothings changed.

I have disable the “only allow accelleration for HEVC” and… BAAAAAM

No, that option doesn’t cause any damage as it actually reduces the load from the CPU

Just a FYI, all the RPi’s monitor the CPU temperature and with stock settings will slow themselves down if they get too hot.