I’m having a bunch of issues with my brand new Vero 4K.

1.It does not see any 5GHz networks and speed on 2.4GHz puts 4K playback out of the game. Neither 5GHz elements of my Google WiFi mesh network nor numerous neighbors’ networks are detected.
2. Even if connected to 2.4GHz network the WiFi connection tends to disconnect on reboot with manual re-connection required
3. Wired connection does not work with my Google WiFi mesh router. Neither DHCP nor static setup works, Tried different cables, connecting using different switch etc - no luck. Had to move Vero and my SMB file server to be plugged directly into modem.
4. Even with that already awkward setup 100mbps files cannot be played smoothly, occasionally pausing for buffering.
5. Connecting to SMB shares on my Windows 2008 R2 file server was a nightmare. 2 reinstallations from SD card did not help. SMB client kinda worked (no browsing but at least manual entry was successful), and even that was after hard messing with updating everything using apt-get.

That was quite a shocking experience honestly after a flawless setup process I always had with OpenELEC builds.
Even crappy $35 android box never expressed such issues…

So for now the only way to see where my Vero 4K shines is to play the heavy stuff from USB port.
4K HDR10 content played @ 60fps is really impressive. 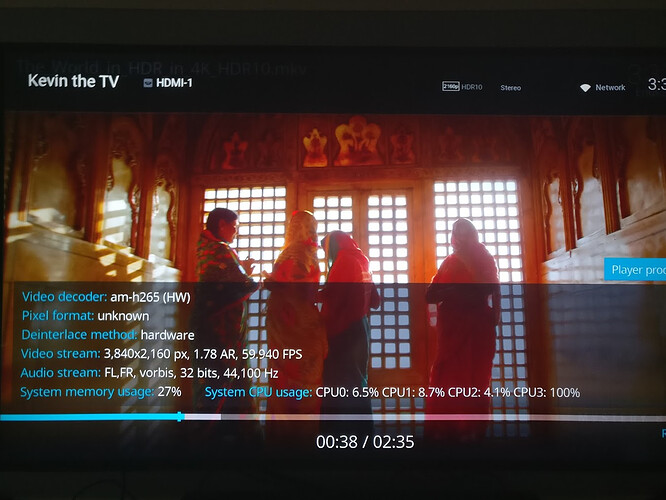 Strange that you can’t see any 5GHz networks, just checked mine, and sure I am connected to 5 GHz.

I’m sorry that you’re having problems with the Vero 4K.

Recently, there were Samba changes for security reasons and this has changed SMB functionality. We’ll have most issues ironed out in this month’s update; but browsing shares is no longer possible for SMBv2/SMBv3. The same will apply to OpenELEC, but as they have a longer release cycle, it seems those security fixes haven’t made their way there yet.

You don’t need to use apt-get (or the command line) to update your device, and you can do so via My OSMC. It’s good however that you’re familiar with the command line as this will help us get you up and running properly.

My first recommendation is that you mount your Samba shares via /etc/fstab. The advantage here is that you will get better performance, as the kernel will perform readahead. This is quite important when you are streaming high bitrate 4K content.

Regarding 5Ghz: it’s possible to connect to WiFi using the command line. If you can SSH in and try this approach.

Are ssid’s for 5Ghz & 2.4 Ghz using the same name? If so you would be better separating these out, you will have more change of connecting to 5Ghz, rather than leaving it up to the 4k to decide.

First, I was wrong about 5GHz. It does see those networks but my Google WiFI mesh router has only one SSID for all routers and bands. I am aware about Vero 4K flaw being unable to see both bands if the SSID is the same. connmanctl only shows one 2.4GHz network while there are 6 of them (3 node mesh).

Second, I boosted my SMB performance by switching to fstab method. What I noticed during the benchmarks - it did not really make the transfer speed itself faster, but it definitely reduced the CPU load - with Kodi’s SMB 1 CPU core always stayed at 100%, not the case with fstab.
Bad news is that even with this optimization in place the eth0 struggles even to play jellyfish demo.

And lastly, here is the solution I found. 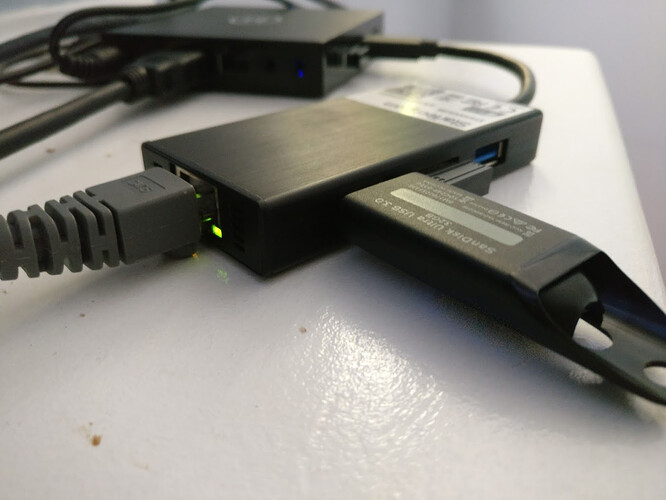 While it isn’t the most efficient way to solve the eth0 bottleneck but I had that Startech USB 3.0 hub with built-in gigabit Ethernet so I gave it a try.

Man, what difference did this little thing make!

Interestingly My OSMC now only shows usbnet0 as wired connection what is perfectly fine to me.

Bad news is that even with this optimization in place the eth0 struggles even to play jellyfish demo.

Which Jellyfish demo are you playing?
You should be able to play the very high bitrate ones without issues.

There isn’t a lot of content really encoded > 100Mbps and I suspect that will be the
case for some time.

I was referring to jellyfish-140-mbps-4k-uhd-hevc-10bit.mkv you recommended as a test video to someone in another thread. I just realized it’s a bit stupid to complain that 140mbps video does not fit 100mbps eth0…
But anyway, gigabit usbnet0 did the trick.

UHD bluray rips is a relatively new thing, compared to the Vero 4K. But the need for more than 100Mbps is here already. The lack of proper gigabit is a drawback on the Vero 4K, arguing otherwise seems a bit odd. I am sure there were good reasons for choosing 100Mbps at the time.
On the plus side of things, gigabit can be added via USB cheap, and for that reason the Vero 4K remains one of the very best media players out there, at any price.

But the need for more than 100Mbps is here already

What is the present need?
Do you have any files in your library > 96Mbps?

The present need is here for almost all UHD bluray rips (1:1). Rips the Vero 4K plays perfect, HDR10 included. It is my understanding that tripple layer UHD blurays has a max/peak of 128Mbps. How can fast ethernet ever be enough?

max/peak of 128Mbps. How can fast ethernet ever be enough?

Because that’s a max/peak and variable bitrate.
NFS with readahead in fstab will let you play almost every 4K UHD BD rip with no tweaking necessary. The couple of exceptions we are working on.

You can also get 200Mbps (real world) with the included 802.11ac WiFi too, which is more than ample.

I have very little experience with wifi. But it is an option. Not sure most people will get 200Mbps real world though, but less would do. WiFi does introduce other bottlenecks.

I have tried many UHD blurry rips, more than 30 on the Vero 4K, none played perfect on the onboard 100Mbps. All played perfect adding a gigabit USB adapter. Those with lowest bitrate played fine for 10-20 mins sometimes. But not the duration of a movie.

On this alone, I base my assumption. Please advise if I can somehow tweak the built in ethernet to accommodate these rips.

The most demanding file I could find (JW2 remux) played fine for me over nfs once I tweaked Kodis cache settings. Without resorting to a usb ethernet adapter. Well apart from one section of the film. But I think that’s either due to the encode itself or a decoding issue. Not a bandwidth problem.

I do have an ethernet adapter that I did some testing with. It meant I could get the 200 mbps jellyfish test file working over my network. But it shouldn’t be necessary for uhd rips.

I’ve got an nvidia shield too. Even with it’s gigabit port there were cacheing problems with JW2. But with the shield you can’t natively mount nfs filesystems.

So given it’s other advantages the Vero 4k wins hands down. Even if ideally I would like a gigabit port. But if anyone is really bothered plugging in a usb adapter is about as easy as it gets.

On this alone, I base my assumption. Please advise if I can somehow tweak the built in ethernet to accommodate these rips.

The first thing to know would be how you are streaming these files. Are you using Kodi’s built in mounts or fstab? Which protocol are you using?

Did you uses sudo?

I’m running it as root anyway