So against my better judgment I updated my Vero 4k + to Kodi 19, I only use my Vero for the perfect plex playback it has given me. I can play anything on the Vero even full bit rate 4k UHD remuxes plays without a sweat.

Seems after the update Plex now takes between 30 to 90 seconds to load and start playing anything through Plex.

Before the update it was instant now I get this type of screen for 30-90 seconds before it will play, This is for any type of video even low bit rate standard def stuff,

Anyone know of a fix for the slower playback of Plex? This is definitely a side effect of kodi 19 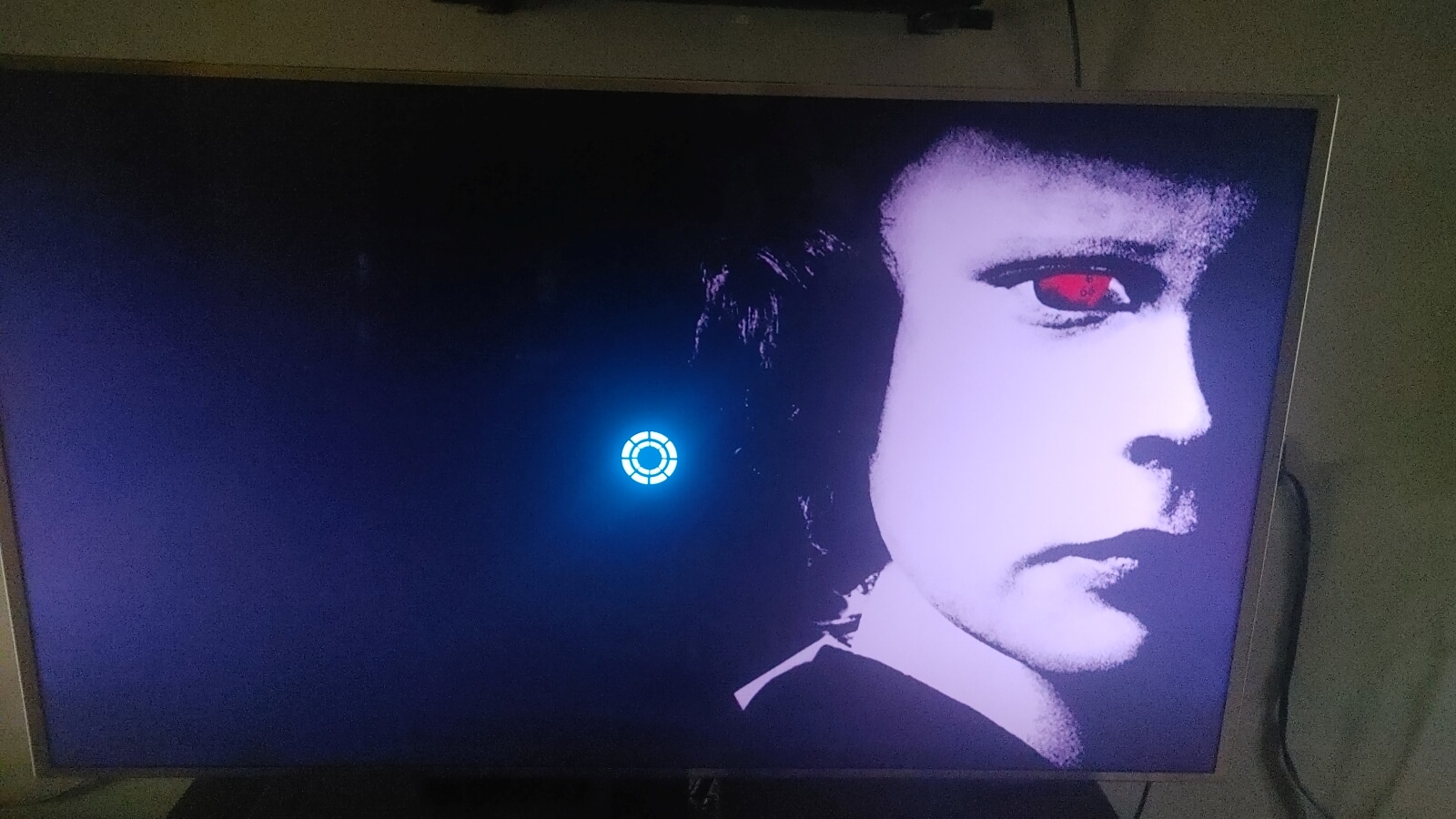 In the Plex add-on on the main page click on your username at the top of the home page and then click on “settings” and double check that something hasn’t changed. Specificly make sure that you have streaming set to original quality and direct stream enabled. I just checked Plex on my Vero 4K on the newest release and they had all reverted back to default settings (I think, kind of hard to keep track with various testing I have done). After adjustment playback of a 4K HDR file started within a couple seconds and played back as it had under the previous build.

Yea I checked that and even toggled the options to default then back to the way they were.

Still takes much longer to start a video.

All I can suggest is to make sure your Plex Server is up to date and submit logs which might show something.

Plex server is up to date, definitely a result of the upgrade as things were launching instantly right before the Kodi upgrade

When you start playback on your Vero does the Server show it is transcoding to that client in the dashboard?

Hmmm, are you using wifi? Wonder if you have a network slowdown somehow. you could try doing an iperf between your client and server and see what that shows.

If not already set on both your client and server you might try allowing insecure connections on the same network.

I switched the allow unsecured option to on and it did not help. Once playing everything works fine even high bandwidth 4k hdr videos so I do not think it’s a wifi issue. Just takes way way way longer for a video to start playing in Plex

Must be some type of upgrade glitch. Hopefully it is eventually resolved.

This is just trying to play a normal 1080P video, nothing fancy and nothing very bandwidth intense.

So at the start of the bandwidth spike that’s when I hit play on the Vero and it does about 30-60 seconds of the blue circle on the screen and then plays. It seems their is a huge spike in bandwidth usage from the Vero after the time I hit play and settles down once the video starts playing.

Wonder what it is doing when the bandwidth spike hits when I hit play? 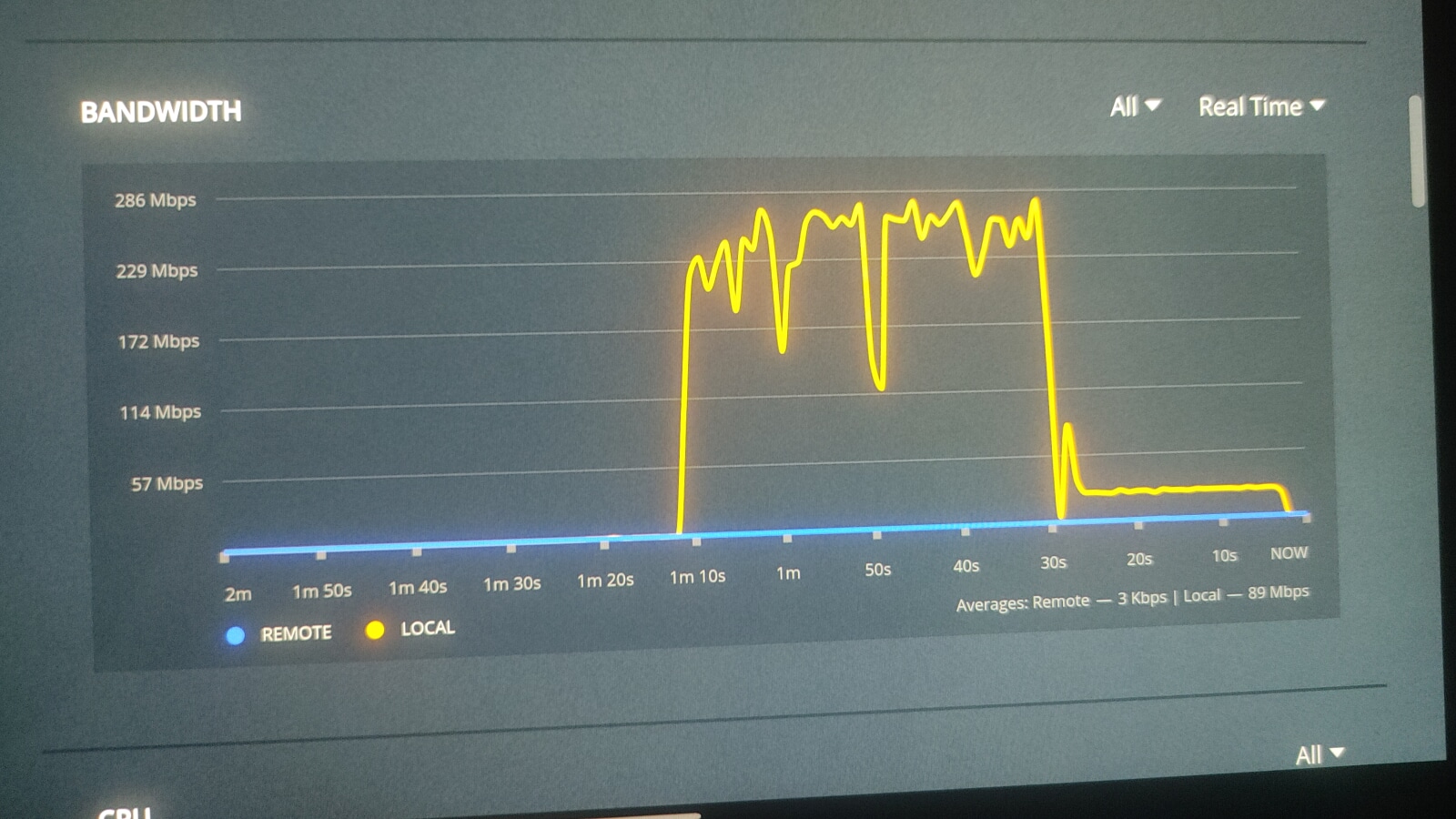 That is normal behavior and what it is doing is buffering the video. That buffering shouldn’t have much of any impact on playback start time. In the video I play below the spinning wait icon flashes on my screen for less than a second before my screen blacks out to change refresh rate which is when Kodi had finished analyzing the video and has started playing it. 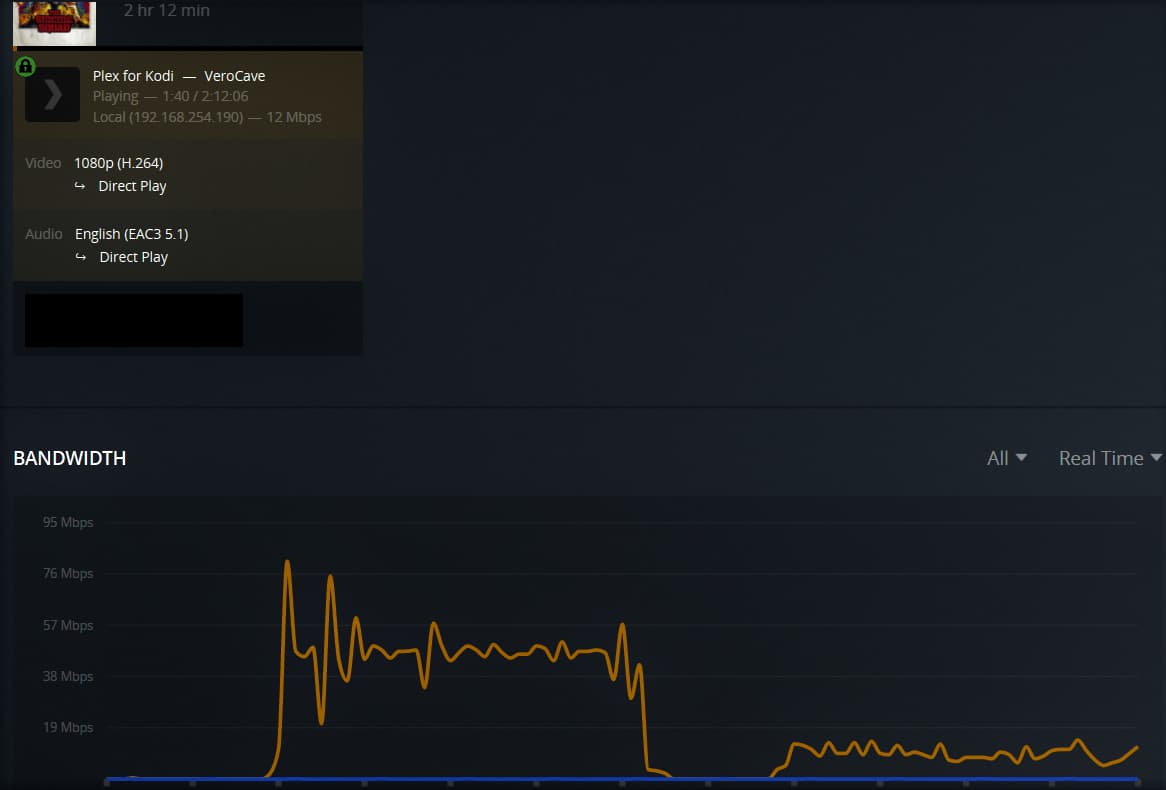 Never seen kodi do that before and I have watched it start , either way the Vero NEVER had any playback delays for nearly the 2 years I’ve been using it, only started directly after the 19.1 upgrade

I’m not sure what to tell you as that is how the Vero is purposely configured to operate in regards to the video buffer. The settings for this buffer have not changed between Kodi 18.x and this new release. The size of the Vero’s buffers are much larger than typical so that bandwidth drop-off would be expected to look a bit more than with other hardware.

The only think I can think of that may be going on is perhaps a possible regression in the WIFI performance factoring in. There are some devs looking into the WIFI and I’m sure they will post something if they find there is an issue and workaround. I switched my Vero over to WIFI to see if I could spot a problem but all I found was maybe an extra half second of delay. Perhaps some insight could be had if you posted iperf tests and logs.

A post was split to a new topic: How to install VLC

I had severe network performance issues with the 19.1 OSMC configuration also while using hostname. Had to swith to direct IP addresses to solve this issue. Although I am not using Plex, but SMB shares on a Windows server.

Are you using a direct IP address or hostname?

As I’m using plex their really is no hostname VS IP, the plex client picks up the plex server I log into

where do I run the iperf tests and logs that would capture what Plex is doing?

There is a how-to about how to iperf here…

As for the logs you would (preferably) reboot twice, enable debug logging, play a file in Plex that displays this lag your having an issue with, then upload via My OSMC, then post the resulting url in this thread.

How to submit a useful support request - General - OSMC

I’ve just upgraded to 19.1 and it took almost a minute from pressing play to the film starting, this is using a wired network connection.

Try the solution posted here, which has worked for me:

## Description: After upgrading Kodi to v19, Plex for Kodi addon takes a long t…ime to start any video (almost 1 minute), and shows the warning "Source Too Slow For Continuous Playback". PS: Issue wasn't present on previews on previews version. The device is about 1m over WiFi, no other connection issues. EDIT: Also pausing and resuming or change subtitles causes the video to fail. ## Details: - Add-on version: v0.3.3 - Kodi version: 19.0.0 - OS Platform: Android - Hardware: X96 Max+ (Android TV Box) ## Checklist - [x] I have included a link to a log (or at the very least a link to a forum post with a log) from a session that had the issue - [ ] I have added appropriate GitHub labels Logfile: [kodi.log](https://github.com/plexinc/plex-for-kodi/files/6055653/kodi.log)