I’m not sure if the shares work at all though if I try to access \\192… from Windows Explorer, it fails immediately instead of waiting for a while. Does anyone know how to troubleshoot this? 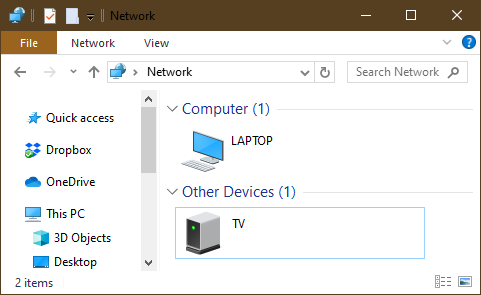 Why did you went this way and not just added your shares to smb-shares.conf?
Can you share you smb-local.conf?
What is systemctl status samba giving?
Install smbclient sudo apt-get install smbclient and run smbclient -L localhost
What happens if you type \\<IP of OSMC> into the address line if your windows explorer?

Thanks for your quick reply! I did it this way because that’s how I read it on the internet. I did add a share to smb-shares.conf afterwards but it didn’t change much.

Typing \ into the address line of Windows Explorer returns me to the C:\ folder. I used two back slashes (\) btw. To message editor removed one

I did add a share to smb-shares.conf afterwards but it didn’t change much.

When you do that remove you smb-local.conf file.

Sorry I forgot a closing mark, corrected what should be typed.

Looks good so you should have osmc and movies share.

Somehow it doesn’t though. Is that a Windows issue? I did reboot Windows too.

I already tried \\<IP of OSMC>. That’s what I meant with \192… in my first post. It immediately gives an unexpected error. Diagnose doesn’t find a thing (of course)

disable SMBv2 or SMBv3 on Windows

That would only be needed to allow network browsing. It should still be possible to connect to OSMC with smb2/3.

I will check some troubleshooting commands later. Or just search the forum for smb and author @fzinken maybe you find some ideas

Thanks. I was just reading and got a friend bringing another laptop. On the same wifi and WORKGROUP, he was able to connect to open the OSMC share. It wasn’t discovered automatically but it was accessible. So, the issue lies in my Windows computer. Both computers only use Windows Defender, so I’m not sure yet where to look.

Expected with SMB1 disabled.
Check if you may still have old credentials stored for the OSMC IP.

Also can compare smb protocol settings with your friend (https://support.microsoft.com/en-us/help/2696547/detect-enable-disable-smbv1-smbv2-smbv3-in-windows-and-windows-server)

check this, maybe it give you some tips were to look

I have a peculiar Samba share issue. I was running Windows 7 on my laptop. I have a file server running Linux and Samba. When I open the Network icon

check this, maybe it give you some tips were to look

Not being able to browse/discover is normal with Win10 disabled SMB1. And yes SMB1 should be disabled to avoid security issues.

Thanks for jumping in.

SMB1 is disabled on both but my computer has SMB direct too and a slightly newer .NET package: 4.8 instead of 4.7.

SMB1 is disabled on both but my computer has SMB direct too and a slightly newer .NET package: 4.8 instead of 4.7.

I doubt any of that being the issue.
Did you check your credentials store if any records for the OSMC IP or Name?

Yeah, I emptied the credential manager and I also executed net use * /del 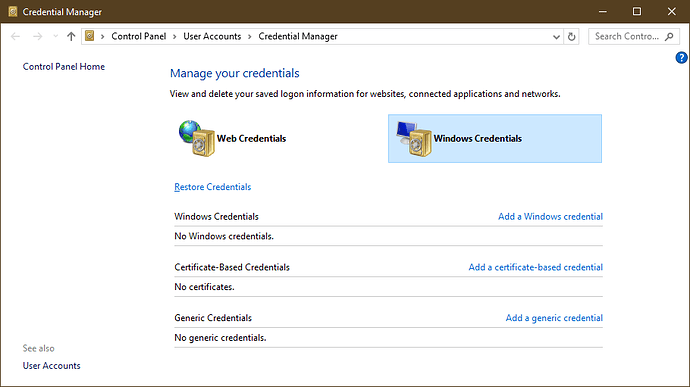 That does work. It asks for a password and validates it correctly.

Hey! And now I can get in the folders. What happened?

The miracles of Windows

Haha, this is great. Just navigating another way and entering the credentials did it.

Note that this is * NOT* a 1903 issue… it’s the effect of turning off SMB1 by default due to very legitimate security concerns.

I could be wrong but 1903 appears to have introduced an SMB Direct ‘Feature’ (enabled by default) but this has done little to mitigate the effect of a reduced network view by default.