This is not a path that OSMC will attempt to follow.

Agree, why would we want Windows on Vero? Vero4K+ is for seeing movies and TV shows stored locally (on network or directly connected) or potentially via streaming (it can also be used for music, but better options exist there). Please don’t make the Vero a box that is doing all not really good.

I actually only installed it on my Pi because i have a few programms which are not running on Linux/ARM, so i tried win 10 its actually working extremly good for such a low powered device only the no GPU support sucks a little bit.

There is no EFI implementation.

There is, just not in the way you would normally think. Instead of the UEFI replacing the normal boot loader which is not an option on the Pi they boot the pi to a UEFI image and that then loads Win for ARM.

Honestly I really don’t understand the whole point of the project other than to say they pulled it off. Windows for ARM is not full windows and it will never run as well on low powered hardware as Linux. This might be a more valid option on a banana pi or one of the other higher end options but that is not what that project is trying to do.

Of course none of this has anything to do with OSMC and has zero valid use in relation to Kodi.

Thats simply not true, its running great here with 10 apps running at the same time. It is a full windows just try it yourself you can even update it. I installed it on an SD Card and put on 2x4 TB harddrives for autodownloads. 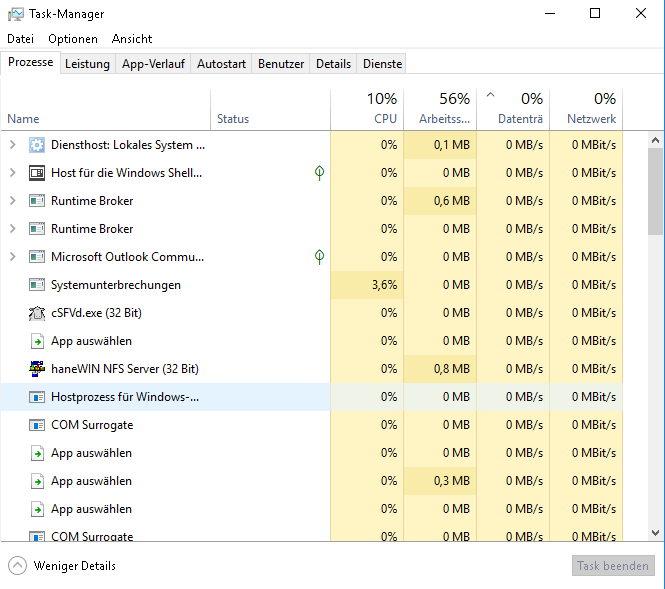 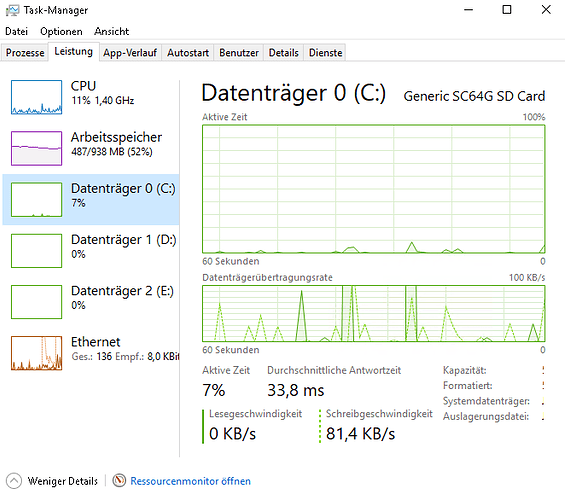 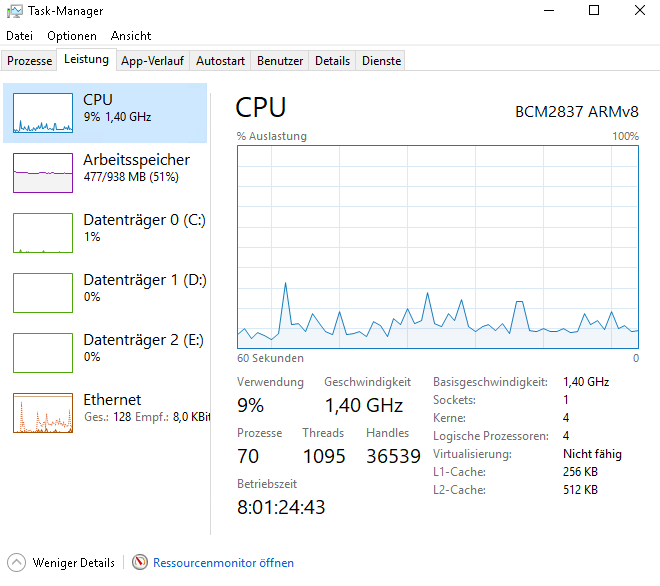 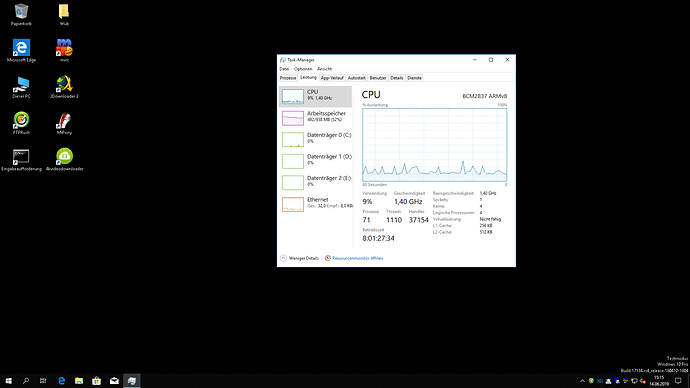 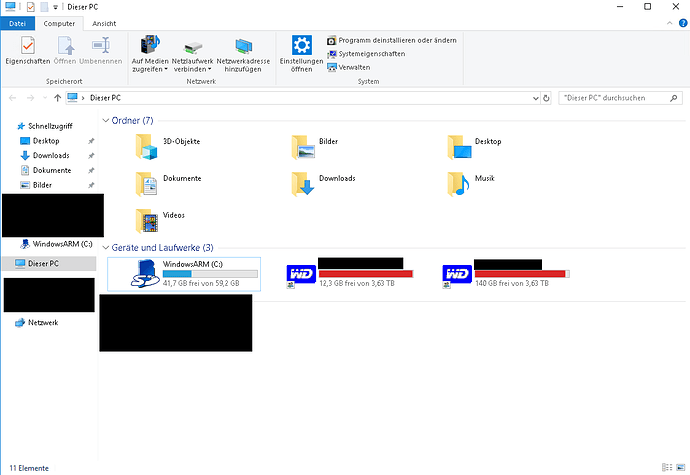 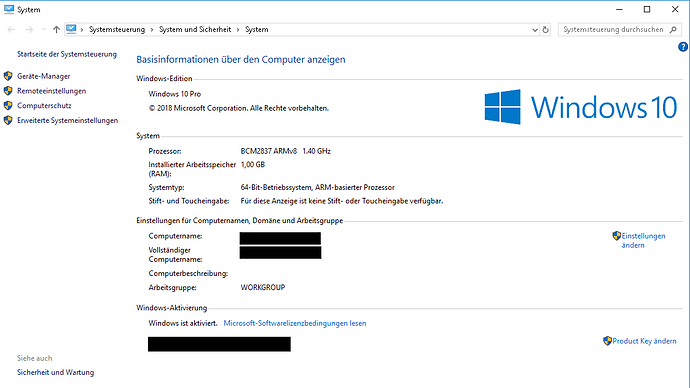 Its running great if you remove all the Microsoft nonsense.

Sure, it’s running great, other than videos playing at a few frames per second and it being slower than running x86 windows on a Atom based low cost SBC.

Videos playing is not a good idea because no GPU support and no its NOT running slow, i have an Atom x86 here and its not really a big difference only the no gpu support is a big issues, rest is running pretty great.

but iam running the stable 1803 version and not the new MS version which are all crap and full with new “features” nobody needs.

For a 35 dollar, 1.4 Ghz CPU, 1 GB System it runs pretty good iam surprised myself. I need it for low power usage (autodownloads etc) and its perfect for that.

HTCP maybe but with no GPU Support it just makes no sense but as an NAS alternative for downloading and then playing Files over Network (Pi goes up to 200 Mbit over fstab mounted NFS) it works great i played some 4K untouched mkvs with it (over the crappy Firetv Stick).

I tried x86 emulations before (qemu etc) and they were all slow as hell, here win 10 the emulation is very fast and stable no issues at all.

Ofcourse its not like an “normal” PC but yeah its a 35 Dollar device.

And why do that instead of just running OSMC? If you want it as a NAS just disable mediacenter. And if you want a NAS on a Pi, use Raspbian. Far less overhead than Windows.

Are you able to stream webm from it? You know like html5 videos or flash in a browser.

I use unraid for NAS works great!

Because i have scripts/programms which are only running on Windows (ftprush/mirc etc). Emulate didnt worked with ftprush and mirc performance was slower than on windows.

Are both of those available for ARM? Or are they running emulated X86?

There are plenty of free alternatives for IRC and FTP on linux. And they would probably be faster.

They get emulated and no my autodownloader is in mirc language and is triggert if they are certain words in IRC channels and then start the download.

So its not so simple to “convert” the downloader itself i know they are other tools like slftp but the format of the HDDs is NTFS and they did not run very great under Raspbian so Win 10 is the best choice for my things to do.

Do you have connected to a tv over HDMI? could you test streaming and let me know if it works when you get a chance please.

Just to put this into proportion, a NUC is all barebone. Taking even the cheapest box, adding only the smallest RAM option, the cheapest disk and Win 10 license will easily bring you to 400 - 500 €.

That doesn’t sound very reasonable for a single streaming service. Nor is it a fair comparison against a 100 € Vero, let alone a 35€ RPi. If anything, the only viable comparison I see would be a Latte Panda 1 which goes for somewhere around 150 € with memory and OS, but uses a quite outdated CPU.

A NUC is not exactly a low power computer and a Pi isn’t exactly $35 as it does not come as a functioning computer at that price. There are boxes from Intel, Zotac, and others that would make a much more fair comparison at a lower price point. If it works for you then great. I’m still not sure why we are talking about running a windows operating system on a Pi in a forum dedicated to a particular Linux distro though.

i dont even have a case (for what?) just the Pi added via Lan and my usb drives.

Ok SD Cards is 10 dollars so its a 50 dollar device. Still awesome and very low power which is good because it must run 24/7. I was thinking about buying a x86 PC but all the “good” ones started at 150 € and above (here in Germany they are quiet expensive) and an intel nuc only for downloads (in my case) its way to overpowered

No hdmi here but you mean stream via kodi from another device or playing in windows? Playing in windows will be hard because the CPU must render the video which will be terrible.

I mean in windows, open a browser and play a youtube video and see how it plays.

I stated in the OP that it was because I want to stream from HGTV website through a ssh tunnel. I do this on windows and I did it on my old windows HTPC. i don’t want to spend £400 on a intel nuc to stream HGTV. so I am trying to look in to cheaper alternatives. If i could get a vero with windows i would probably have two then.

Forget it that will not work with the Pi in the current state (atleast not without GPU).