You can still play html5 video and flash without GPU i think. The CPU basically handles it instead.

Basically if you have a hdmi port and it support at least 1080p that I would be surprised if it couldn’t stream youtube, even if GPU was limited.

It will not work maybe with Edge because its native and not emulated but i think the CPU is to limited to do that but i can test it via remote maybe thats working.

Do you have a link? Which i can test.

HGTV has an Android app. Is there some reason why you would not just go that much simpler route instead? I have a similar situation where I sometimes want to watch my dish network in my man cave and not pay dish for another Joey. As it is not supported in Kodi or my Pi I took the path of least resistance and paid something like $25 for a Amazon Firestick and just installed the Dish app on that. When I want to access my Dish DVR from that room I just switch over to that device. 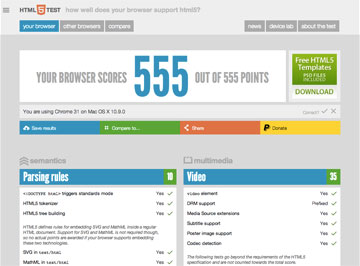 The HTML5 test - How well does your browser support HTML5?

What score do you get on the video section? A screenshot of the page would be great, thanks.

I don’t think the official HGTV is available in the UK for a reasonable price per month. I pay £3 for a vps and then just watch from their website which is region restricted.

I also watch some sports through a website from time to time and that is not available on any apps or paid services. It would be good to be able to stream from a browser, as I spend a lot of time watching youtube and other streaming websites, these days there are many more like bitchute and so on. These will not have apps in any platform. Having a full browser that can stream is kind of a significant functionality change that can’t be achieved by apps or addons.

I probably would spend money for HGTV if it was cheap enough but I don’t want a TV license and a full sky subscription for that.

Are you sure thats the right test? It even shows 513 points at my browser and i cant play 1080p 60 stutterfree on my old PC

becasue no GPU support (only for h264) 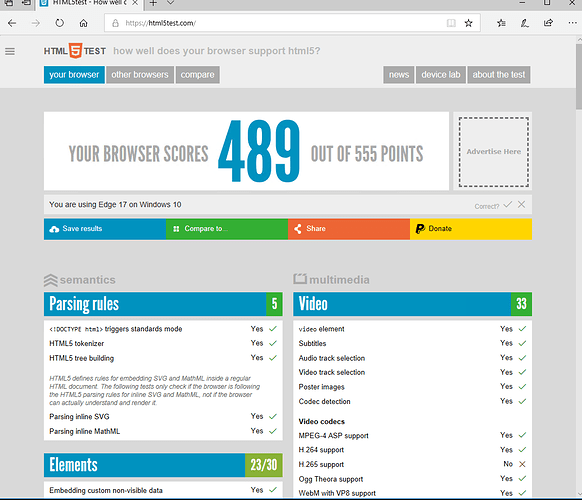 Looks not that bad

it makes no sense without GPU support dont know if its maybe because it was over remotedesktop but it looked terrible.

Can you not install chrome and ublock?

Then test, would be good to see the video and audio from that page.

Over remote desktop? well that is not what I am after. Although worth seeing the results of that anyway. For interests sake.

Can your device plug directly in to a TV and then you can test streaming at that point?

Sorry this is off topic from OSMC now but I thought I would ask, save me trying and then it not working. Thanks.

No because chrome would be emulated which makes no sense, its not working.

I’m locking this thread for 2 reasons.

First, the original question was answered and the thread has strayed way off from that question.

Second, we do not discuss ways around Geo Locks here.