Could someone point me to a tutorial for getting OpenVPN working on a Vero 4K+? If possible I’d like to be able to turn it on and off from inside the Kodi UI.

EDIT: We seem to have ended up talking about Wireguard quite a lot in this thread, too, so I’ve amended the subject line.

I run most recent version of OSMC and had PIA VPN server set up as proxy though the GUI trusting that this meant OSMC has been connecting to internet via PIA servers and hiding my traffic. Now, thanks to a letter from my ISP, I am not so sure anymore as to what GUI proxy setting does and reading various guides and threads on the subject, mainly from couple of years ago, I got completely confused on the subject. Could someone please explain: has OSMC a build in module to set up a VPN client a…

What you want OpenVPN for?

IMHO, wireguard is way easier to setup. Kind of like SSH for network connections.
And there are several nice UI’s (web-based) you can use to manage the users/accesses on it.

Feel free to point me towards a Wireguard tutorial as well.

For the Wireguard installation: How To Set Up WireGuard on Ubuntu 20.04 | DigitalOcean (My firewall runs ubuntu, so that’s why I have that one).

Since I discovered it, I leave the openvpn stuff on but only because legacy!

That’s about ten times more complex than I can possibly handle: for starters, I don’t have anything else I could run a Wireguard server on. I just need a way to run a VPN client on the Vero 4K+ itself that can connect to a commercial VPN service (I’m trying Surfshark at the moment).

For a Client, yes. Even though wireguard for a client is about copying a wg.conf file into /etc/wireguard and start the wireguard service (if they - commercial VPN - have it).

@angry.sardine this should handle all your needs! 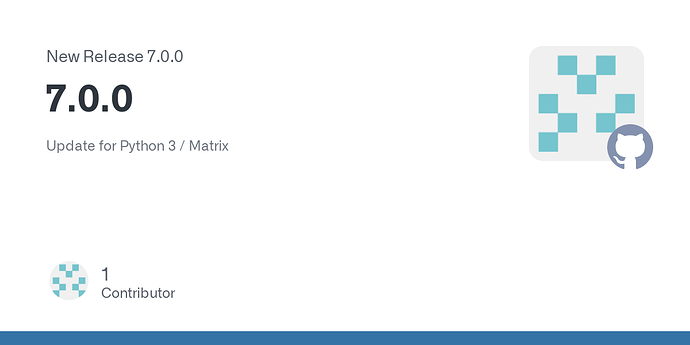 Hi ! I would like to set up the Surfshark VPN on the Vero 4K. It looks like there is no Add On and according to their website it should be installed directly on the Linux: Linux VPN (for Ubuntu): Free Download & Easy Setup - Surfshark I copy here from the website (How to configure Kodi with Surfshark? – Surfshark Customer Support) "To be short, you cannot install Surfshark on Kodi itself. Nonetheless, you can configure Surfshark on your device where the Kodi is installed! After setting up out…

Hey Tom
I just wrote a tutorial and posted it a few minutes ago.
Everything works except I can’t get it to autostart at boot time and pick up SurfSharks DNS servers. Give it a try.

Raspberry Pi - SurfShark - Wireguard I decided to write this [How-To] and have put it in this forum due to my inability to post it in the How To forum, I guess due to it’s my first post. I have had enough of trying to stop DNS leaks from OpenVPN. It can be installed in Kodi but I prefer it at system level, I am also turned off at losing 70% of my bandwidth. SSH into OSMC and Let’s get started First things first let’s become Superuser - sudo su Add 2 new repositories echo ‘deb Index of /…

Would this work on a Vero 4K as well?

Both should work fine. For wireguard if you are running the latest osmc update, don’t install the backport repositories as they are not needed and are for buster.