OSMC and ps3 controller, how to install?

So i took lot of time to try to install a ps3 controller and use it .

First, i tried this link:
http://www.raspians.com/Knowledgebase/ps3-dualshock-controller-install-on-the-raspberry-pi/

It worked well. At the end, when i writed
sudo sixad --start
A process lauched and my controller was recognized. But that’s all, the process worked, i was stuck, i could only press ctrl+C to stop this proces. I tried to launch it at boot, but it was worse, i blocked my terminal at the launch of it.

Later, i found this :
http://kodi.wiki/view/HOW-TO:Set_up_PS3_BD_Remote

I started to type it, i purged, bluez, and at the fourth line :
wget http://kitlaan.twinaxis.com/projects/bluez-ps3remote/bluez_ps3remote_4.91.diff

I realized that the link was down.

So now i broke my first solution. Nothing is working.

Before trying anything else, i would like to have any idea to have some tools to help me to install that.

Sorry for my bad english and thank you in advance !

Before you did any of that, did you just try pairing it in the Bluetooth panel in Networking ? The PS3 remote should be supported out of the box in OSMC - just pair it.

Thnaks for the answer

No, when i start discovery, it doesn’t see it. I read that the SIXAXIS apparently does not support the standard Bluetooth pairing procedure.

I read this here :
http://www.pabr.org/sixlinux/sixlinux.en.html

If you plug in the ps3 controller and then have it set to discover it will see it. However, for me when trying to connect it fails.

For what you want to use it?

I only use it within RetrOSMC, because I use my tv remote through CEC for within Kodi.
I ask this because RetrOSMC has the complete auto install for this all

Sorry, my english is not perfect, but my PS3-Controller works in OSMC->Kodi perfectly. I’m a noob…

HI “newbiecrd” can you help us ? wee need more info how to make the ps3 controller to work…
The OSMC forum have no direct answer… Thanks … sory for my perfect Eng.

That works!
PS3 Controller gets connected and i can controll KODI.
But after reboot controller cant connect without typing “sudo hciconfig hci0 pscan” in terminal.

This should solve the Problem but i dont find the right file to add this line?!
I dont have this dir (/var/init.d/)
I have
/etc/init.d/sixad

Some other said i have to add this line in file rc.local?

Where should i add “hciconfig hci0 pscan” to solve the Problem?

Sure! Got no time left yesterday.

Problem was Bluetooth is activ after reboot but not discoverable.
“hciconfig” shows Bluetooth “UP RUNNING” but without “PSCAN”

My Solution is to use a little script in /etc/init.d/ which waits till bluetooth is initialized.

So for installing Bluetooth PS3 Controller on OSMC use:

then go to terminal and create a file i called “btstart” in /etc/init.d/
sudo nano /etc/init.d/btstart 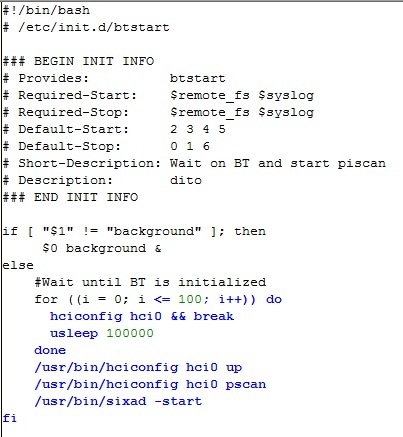 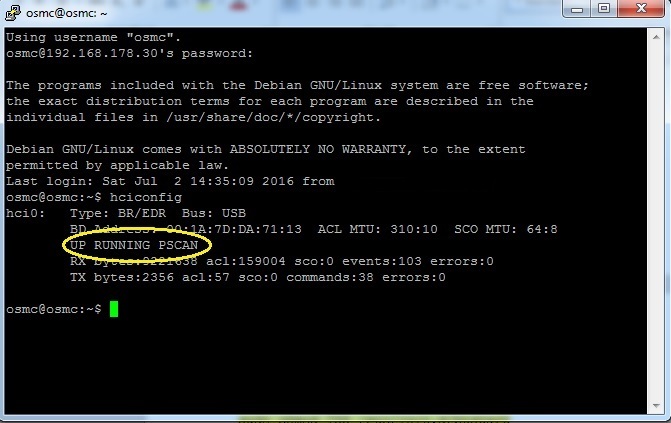 reboot and try to connect

Service sixad is already registered in first toturial but after adding this script it wont work for me, so i added “sixad -start” to script.

This whole linux stuff is absolutely new for me, i just read alot and tried…it works and thats all i need

Thanks, this helped a lot! Although, my script still wont run on start-up… Done all the steps you mentioned, including “sudo update-rc.d btstart defaults” but still it doesnt run. Note that everything works if I SSH into the pi and run the script manually. I also tried to create a service and do “systemctl enable” to run it, but this doesnt work either. Do you have any ideas?

Note: I have the raspberry pi 3, so I use the inbuilt bluetooth instead of a dongle.

I also have Pi3 and for me it did not work with inbuilt bluetooth.
I use a dongle and disabled inbuilt bt.

You could connect PS3 Controller and navigate in kodi?

Hmm okey. Yes I can connect the PS3 Controller and navigate. But only if I run the script “btstart” manually. I cannot reboot the pi and automatically connect the PS3 controller for some reason… So the problem is that “btstart” doesnt run after boot, I have written the command that you said “sudo update-rc.d btstart defaults”, but it doesnt work for me.

Does anyone have instructions for ps4 controller setup?

I got my controller working following the above steps, however the controller isn’t working every time I reboot.

I also tried to add “sudo hciconfig hci0 pscan >>/var/log/sixad” to rc.local that also does nothing. Then the script you showed is a picture so I can’t copy paste it and when I type it gives me a "Syntax error: Bad for loop variable"

Any help would be appreciated!

This is now 6 months later. But I’ve spent my entire weekend trying to get this working with the newer versions of OMSC.

The init.d script posted by benno no longer works properly. It only works when you manually start it. Which isn’t very handy for me since my OSMC device does not have a mouse or keyboard.

For those still having issues, here’s what I did.

First follow the initial set up. This should get you to a point where your DS3 Controlls is connected and working.

Now set up the controller mappings shown in this post.

Now, once the initial set up is done, we need a way to auto connect the controller when booting the machine. Since the init script methods are being deprecated and the systemd process is more standard, do this:

Put the following code in the script. This is essentially the same thing as bennos, but slightly modified. Credit where credit is due.

and put in the following (I’m sure there are errors here, I’m not an expert. I literally learned this stuff in the past 2 hours. but it works.)

and reboot! When the system starts again, you should be able to press the PS button and it will connect, and do what I call ‘the wave’ to you (All Leds light up sequentially).

Before writing a file to a non existant folder.

I get some error’s at bootup and PSCAN is not showing after rebooting. 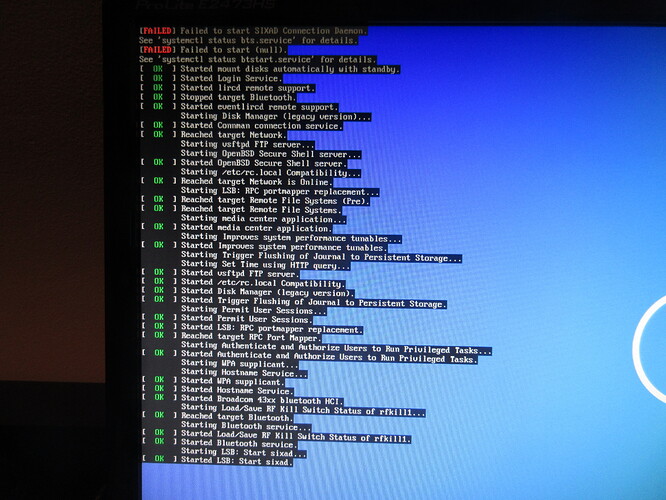 I have to type this to make the controler work after reboot.

EDIT: It is working now! Thank you very very much!!!
I removed the previous scripts and redid every step from the beginning.

I’m still getting one of the two error’s on bootup though: