Now when i go to connect to Windows Network (SMB) it shows that it’s working, but when it’s done it’s shows no shares. Before It would be listing all my shares for every comp.

Any Ideas on how i can get them to show up again??

I almost never can see my shares using the source addon feature in Kodi, and have to access them using a form of address like:

NB that should only be a double backslash not a triple, but the forum software defeats me
later: realised that should be:smb://10.0.0.33/myvideo
HTH
Derek

If you’re referring to sometimes not being able to browse to windows networks via Windows Network (SMB) when setting up a new share, (browsing by workgroup and then server name) then that has been unreliable in XBMC/Kodi for years, particularly on Linux.

The recommended way to connect to an SMB share is via IP address (make the server a static IP) and by typing in the full path manually during setup as in the example dandnsmith gave above.

It will work sometimes via hostname but it will not always be reliable depending on your network configuration, and browsing via workgroup name to find a machine will often not work at all. Not much we can do about this unfortunately. Connecting via IP address is generally very reliable.

Nothing will have changed with SMB browsing between RC1 and RC2 as only a very small number of changes .

While I doubt this will affect the problem in question above, I would note that updating from RC1 to RC2 completely overwrote my smb.conf file and prevented me from accessing the OSMC root file system from my windows 7 PC (it didnt create a backup either)

smb.conf is for the samba server - it has nothing to do with the built in SMB client in Kodi, and therefore to do with the problems discussed earlier in this thread.

Yes, at the moment upgrades to the samba package will overwrite the smb.conf - there is a reason for that - because we provide our custom smb.conf in a separate package to the actual samba package, (which already has an smb.conf of it’s own) we install the smb.conf using a dpkg-divert, and it is not safe (supposedly) to mark a diverted conf file as a conf file in dpkg to prevent upgrades overwriting user customisations. We are thinking about solutions to this but don’t have one at this time. 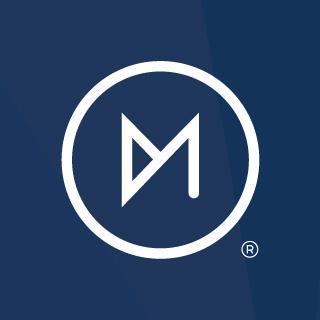 The only changes have been to disable cups (which doesn’t work on OSMC anyway and just generates log spam) and to reduce logging verbosity.

On all my Pi’s (which all run headless with ssh access, Energy monitoring, OWFS server and Fileserver - now deprecated) I share the root file system which enables me to edit files in windows using Editplus so the alpha release of osmc which had an updated version of samba (with security = share deprecated) caught me out as did the update from rc1 to rc2 with the overwriting of the smb.conf file.

I did mention that I didnt think this would affect the OP problem, I was just pointing out that some changes in SAMBA had taken place between RC1 and RC2

but I share it via the smb.conf file which was overwritten, so the update prevented access from my windows pc - its not a problem I just didnt know that it would be overwritten, a couple of minutes ssh soon sorted it

Today i updated also.
Since then i just cannot access my Windows 10 PC. It’s always asking user and pass.
I’ve got another OSMC on other Pi, i copy the passwords.xml from one to another and it still doesn’t work. On the Pi that is working i didn’t update.

Did you search? This has been covered quite extensively.

Hi Sam, I’ve been involved in one of the other threads regarding this issue and I still don’t have a solution, other than changing my username/password structure. Is it definitive that I can no longer access my Windows 7 shares which are not password protected, from OSMC, after the security update, or is there a way to do it I have somehow missed in the threads related to this issue?

Thanks Sam. My ‘Everyone’ share was set to ‘read/write’. I changed it to ‘read’, rebooted the RPi, and I’m still asked for a username/password when I try and access the share in Kodi.

Maybe my first screenshot misled you and others. I copied it from Google, because I want something in English, but I couldn’t find anything better in hurry.

Below is real screenshot from my PC. “Wszyscy” mean “Everyone”.

You need to 2 accounts:

I tested it and it works. I hope it’s clear now. 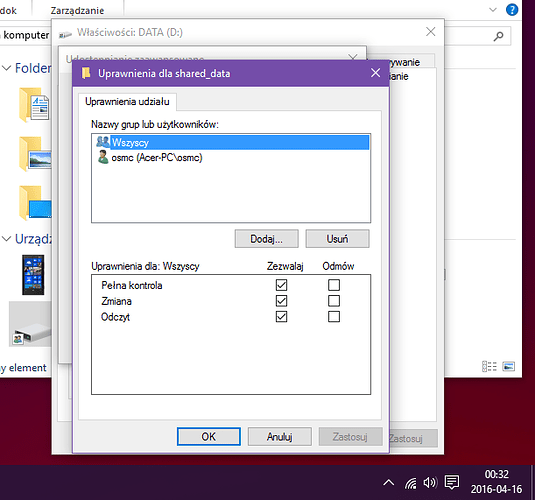 Same Problem here… Raspberry Pi 2, after last update i cannot access my shared folders (windows 7 pc)… SMB keeps asking username and password… I have tried everything, only setting password in my pc user seems to work… If there is a solution without setting a pw i would appreciate it…

Thanks for the good work

Why don’t you want set a password?
You can create additional account, hide it and never see it again.
You still will be able to use your local profile without pass. Nothing change.

You can create additional account, hide it and never see it again.

I am glad you posted a workaround. But I feel like this workaround is complicated, or at least likely to create future headaches. For this reason, I also would rather not create extra accounts and passwords.

What if you have 3 osmc boxes (like me)? Or 10? You have to create an account for every one? And then you need to mess with the registry each time to hide these mystery accounts?

I’ve created another user account on my windows 10 machine, added this to the list of people to share with in one of my shared folders to test with. Tried entering the username/password when prompted in osmc and no dice. is the username the Name it shows at the top of the start menu in windows 10? or is it the email address i’ve tried both with the proper password with no dice so im not seeing what you mean…

As for not wanting to set a password why should i want to set one? SMB is shared across the local network only, I’ve been using it for years and years with no issue, no password needed ever. I dont understand what this update did, i realize there was a wide range of security updates but should we really have to setup an account and password for smb access. I feel like if this was just a security update there wouldnt be any drastic change, but now you’re saying we have to enter a username and password from now on I feel like that should have been covered a bit more in the changelog or something.

Honestly i feel pretty dumb, i’ve tried numerous recommendations on this forum with no luck… all i want to do is enjoy my shows, and music but i feel like im special ed. Im more than willing to help diagnose any problems but i feel like there should be an update to fix what was broken, i was kindof hoping a fix would have already been posted by this evening. (please im not trying to be rude, i realize people on this development team have lives outsize osmc, i just thought with so many complaints i read before that it would have been addressed quickly)

I have now resorted to adding a new user with a U/P and sharing my media to that user, and it worked. Oddly enough, I only shared one of my media folders to that user and all of my shares started working, so I suspect something is actually still broken, that didn’t need fixing in the first place.

I’m with you guys who think this should never have happened in the first place. I can only imagine if I was away and my wife had done the update!

Hi Sam. I’ve been around since the beta of RASPBMC and i apreciate very much your work.
I’ll try to make a very detailed information of what happened to me.
I’ve got OSMC running on my RPi2, configured with MySQL connected to my Windows 10 PC (the server machine let’s day it)

Keep the good work Sam … and help me

Sorry for the bad englist, but i’m portuguese.

[quote=“silvioj, post:16, topic:3294, full:true”]
I’ve created another user account on my windows 10 machine, added this to the list of people to share with in one of my shared folders to test with. Tried entering the username/password when prompted in osmc and no dice. is the username the Name it shows at the top of the start menu in windows 10? or is it the email address i’ve tried both with the proper password with no dice so im not seeing what you mean…[/quote]
None of this. Email address can’t be use probably due to “@” symbol.
At the top of the start menu you can see full name.
I believe for logging you should use just “Name”. You can check it under: Computer management -> Local Users and Groups.
I would recommend using offline account, not LiveID, will be less confusing.

What if you have 3 osmc boxes (like me)? Or 10? You have to create an account for every one? And then you need to mess with the registry each time to hide these mystery accounts?

Hard to say, but I think one account for all boxes will be enough.